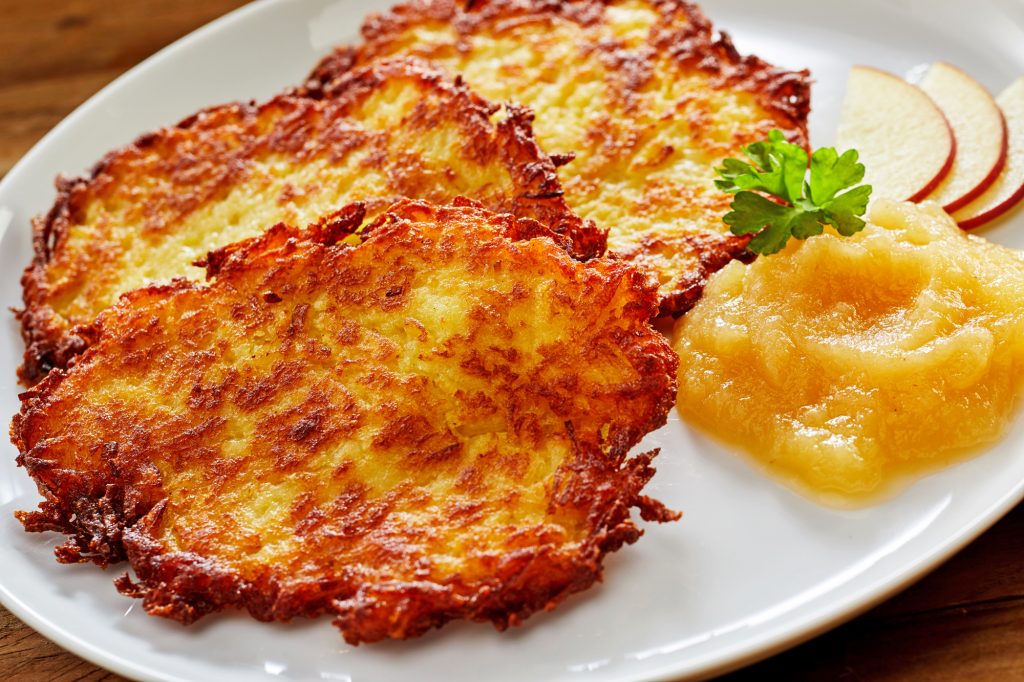 You may know them as latkes or potato pancakes, but I just LOVE the word kartoffelpuffer! It was when we were in Germany that I learned that the potato pancakes I had come to love in Philadelphia’s German restaurants were called kartoffelpuffer. Kartoffel is the potato part of the word, but puffer has a variety of meanings as a stand alone word – none of which seems to relate to food. That was a surprise to me! But, when you put them together, they loosely translate to potato pancake or potato fritter. 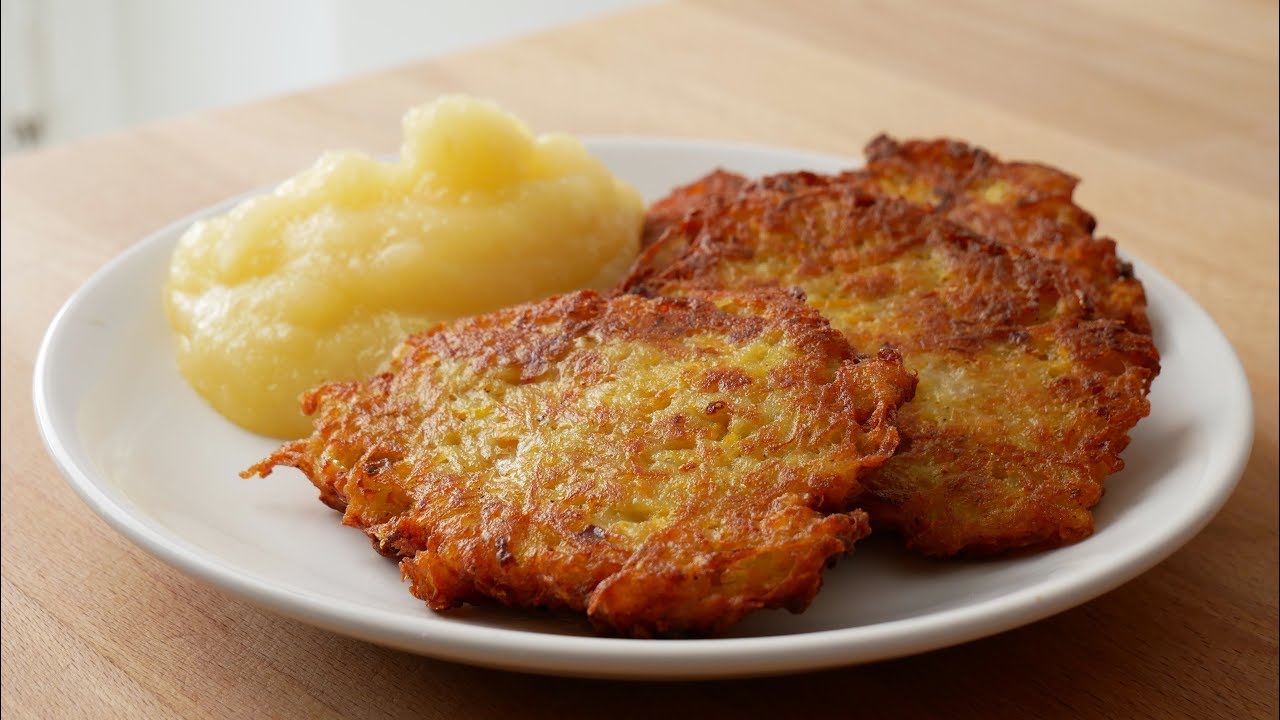 When we would have them in the Philadelphia area, they were always served with apple butter and sour cream. Now, I adore apple butter and I like sour cream with Mexican food and on baked potatoes, but the two things together was something new to me. Needless to say, I found I loved it! (Do I love too much?) The combination of the Air Fryer + Toaster Oven will meet all the requirements of the person. The cooking of the favorite food will be done through the person. Different and unique dishes can be tried for changing the taste of the tongue. All the basic information should be available with the person for purchasing the best brand.

One of the things I loved at the German Christmas markets was the street vendors. Thousands of street vendors. Arts, crafts, toys, collectibles, pottery, clothing and food – everywhere you walked in the market. But, then I discovered the Kartoffel stands. I was surprised to learn that French fries in Germany are called the same name they are in Paris: Pommes Frites (pronounced pohm freet). But, despite that seemingly out of place nomenclature, there in their ever loving glory were kartoffelpuffer served with apple sauce and sour cream. Oh….my….God!! I had to go grab Tom and show him. We both bought ourselves a kartoffelpuffer, fresh and hot, to enjoy as we walked along (actually, I stood to eat mine because they really were hot and it was easier to finish standing still).

Anyway, I have been craving these things for a while now. I found that if I have shredded potatoes on hand, they are SO easy to make that I can throw them together in a couple of minutes. Shredded potatoes, onions (I used onion powder, but minced or diced onions are more authentic), scrambled eggs, salt and pepper and you’ve got yourself the makings of kartoffelpuffer. Some recipes call for a bit of flour which helps bind it all together, but I didn’t put any in what I made and they came out great! I did put a bit of pumpkin pie spice in (it called for nutmeg), but that’s totally optional.

I’ve used shredded fresh potatoes and this time I used shredded frozen hash browns. I wasn’t expecting my daughter to want any because I asked her if she wanted potato pancakes and she shot me down immediately. But, then she came and looked in the pan and asked me what they were. She decided then she would have one and make a sandwich out of it with the bacon and toast she already had.

Now, that’s an idea I hadn’t considered, so I’m sharing it with you as an option. Make your breakfast sandwiches out of a potato pancake with bacon or ham or a slice of Canadian bacon. They’d be perfect for breakfast on the run!!